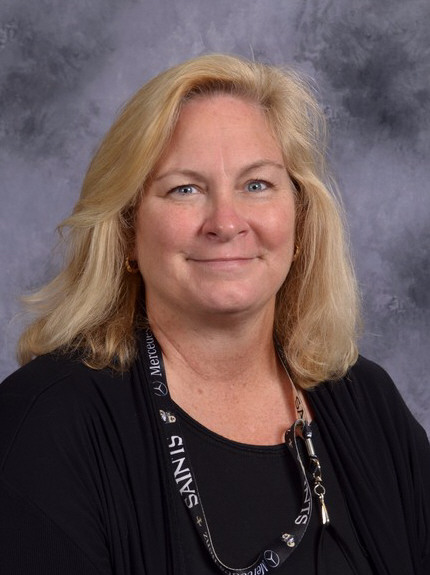 Mrs. Joanne Grantham graduated from Eastern Michigan University with a BBA in Management. She worked at Meijer for 12 years, then decided to stay home with her kids. Her family moved to Baton Rouge, LA in 2009, where her younger two children attended St. Jude the Apostle School and St. Joseph’s Academy, while her oldest son was attending Indiana Wesleyan University where he played soccer.  While in Baton Rouge, she substitute taught for eight years and served on several school committees at St. Jude.  After her family moved back to Michigan in 2017, she continued to sub at Catholic schools in Grand Rapids until she joined the IHM staff in 2018 as a paraprofessional.

She has three children, Zach, Natalie, and Ryan. Besides watching her kids play sports and activities (soccer, equestrian, and basketball) her family enjoys watching LSU and Saints football, cheering on U of M (Go Blue!) and spending time together.